CSSD Revolution: the Impact of complex instruments on resources 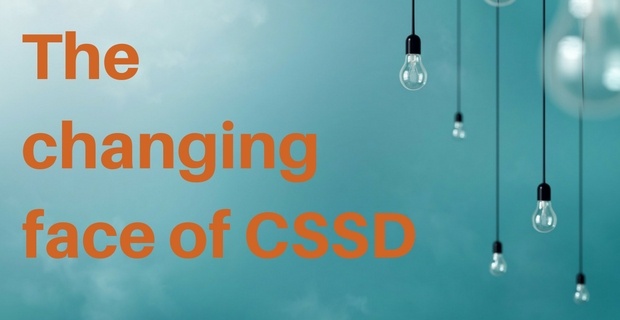 This has led to a quiet revolution in sterilizing departments around the world. Instruments were once simple and tray assembly straightforward.

Increased processing times are a consequence of this increase instrument complexity and resources and throughput are negatively impacted as a result.

The Changing Face of CSSD

Many years ago, in my role as a surgical instrument maker, we witnessed the introduction of laparoscopic instrumentation and key hole surgery. Soon after, there were reports of patients being burned and electrocuted. The cause of this, it was later found, was that the insulating material on the instruments was breaking down in the sterilizing process. Nobody had foreseen that this would occur of course.

Before long CSSD technicians without relevant qualifications in the use of high voltage testing equipment were examing the integrity of the insulation. They did this by running a wire brush charged with high voltage (high enough to kill them) along the length of a laparoscopic sheath.

Fortunately, HIPOT (High Potential) testing equipment has come a long way and is now quite safe.

This illustrates the point that a new time-consuming process requiring specialist skills has been added to the existing process. Frequently, the impact this has on CSD resources is underestimated.

There has also been remarkable growth and change in orthopaedic surgery which is reflected in the mix of instrumentation that central sterlising department's process. For example, we have seen the proliferation of large heavy instrument sets, provided on consignment, that require CSSD staff to operate mechanical lifts to receive them from and return them to suppliers. Many of the instruments have sophisticated sub-assemblies requiring dis-assembly and re-assembly.

I remember a CSD manager telling that he had requested an extra resource to help him meet the demand for output.

After management analysed the throughput, it was discovered that the overall quantity of items processed per staff hour had steadily declined over the years. This led them to conclude that the department was actually over-resourced and they recommended to decrease staff hours to compensate and save money.

So how can managers demonstrate that, while overall output per staff hours is declining, demand on resources is increasing?

Our CSSD manager needed a way to prove to management that although CSSD output per staff hour had declined, it was actually taking longer to process the instruments due to design complexity and specific processing needs which caused the decline in output.

If you have an instrument tracking system, you should be able to generate this report in a few clicks. Even if you don't have such a system, you can still set it up manually in a Excel Spreadsheet.

If this sounds like an awful lot of work on top of your already busy workload, remember that backing up your resource request with data means you're increasing your chances of  getting your request approved.

If you go the Excel spreadsheet route, you start by creating 4 columns as follows:

The table below is a mock-up showing how quantity of item processed has decreased, but the overall complexity of the instruments processed has increased. 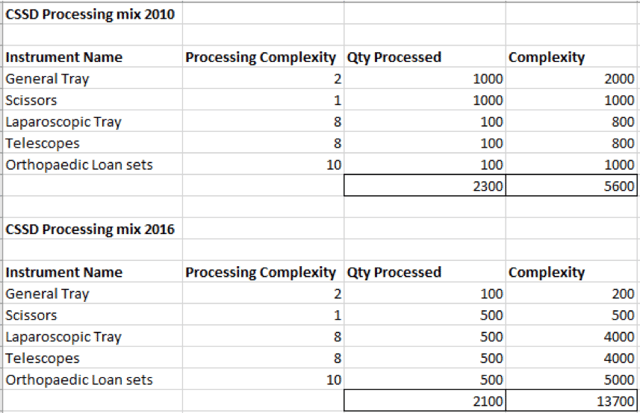 The challenge is to represent it in a way that your management can digest. The table above is a mock up and the data in it is entirely fictional. However it does clearly demonstrate the effect of changing instrument technology on resources. 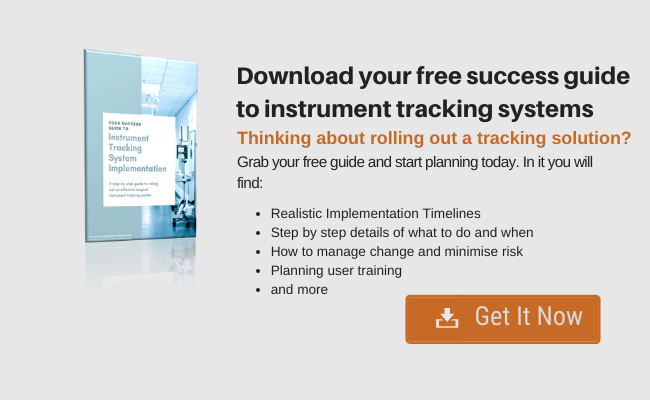