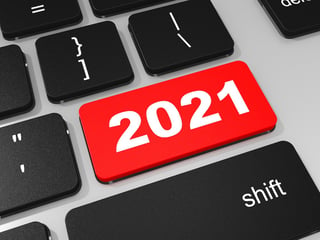 Just yesterday, I received an email informing me that the AS 4187 compliance deadline of December this year had been extended.

The news surprised me. Our subscription to SAI Global Standards watch would normally have alerted us if there had been an amendment in the standard. So I searched high and low on the SAI Global site and then Standards Australia and then the old trusty Google.

However I was unable to find anything. So I mentioned it to our Office Manager who then went off and tried her luck with Google.

She came across a document from the Australian Commission on Safety and Quality in Health Care. The document was ‘Advisory No: A16/03 – Reprocessing of reusable medical devices in health service organisations’...

The advisory document relates to Standard 3 of the NSQHS standards – ‘Preventing and Controlling Healthcare Associated Infections’. In particular, it relates to Action 3.16.1

Compliance with relevant national or international standards and manufacturer’s instructions for cleaning, disinfection and sterilisation of reusable instruments and devices is regularly monitored"

Which belongs to section 3.16

This is interesting because the NSQHS doesn’t specifically refer to AS 4187, however, I guess that’s implied by the term ‘relevant national standards’

Anyway, the advisory document makes it quite clear,

The Australian Standard AS/NZS 4187 is the national standard most commonly used to meet the requirements in Action 3.16.1."

It then goes on to further clarify,

a) complete a gap analysis to determine the current level of compliance with AS/NZS 4187:2014 and document the findings

b) document a detailed implementation plan specifying timeframes to enable full implementation of AS/NZS 4187:2014 over a five year period, from December 2016

c) implement the plan and demonstrate progress toward implementation

So this has got to be great news for all and sundry. The pressure is off.

But it doesn’t of course mean we can all go on holidays for next 5 years.

In fact, there is still a lot to do;

If you are still not sure about the ins and outs of product families, you may find this post helpful.

So what about accreditation then?

The Advisory document goes on to direct accreditation agencies to:

a) assess progress on implementation at each accreditation assessment

b) rate Action 3.16.1 met only in health service organisations that demonstrate progress towards full implementation as set out in their implementation plan for AS/NZS 4187:2014

So basically, you’ll be accredited on Action 3.16.1 based on the level of progress you have made as stated in your implementation plan.

So what does that really mean?

Recall that Action 3.16.1 states ‘compliance with relevant national or international standard and manufacturer’s instructions for cleaning, disinfection and sterilisation of reusable instrument and devices regularly monitored.’

Are they saying that now compliance to 3.16.1 can be met with an implementation plan?

What about the actual requirements of AS/NZS 4187:2014? Does this mean you won’t be accredited on those, but just on where you are up to in your plan to implement those?

But what about our friends over the ditch? 4187 is a New Zealand standard as well. Does this mean that New Zealand health service organisations still need to comply by December 2016? The advisory regarding the extension does only relate to Australia.